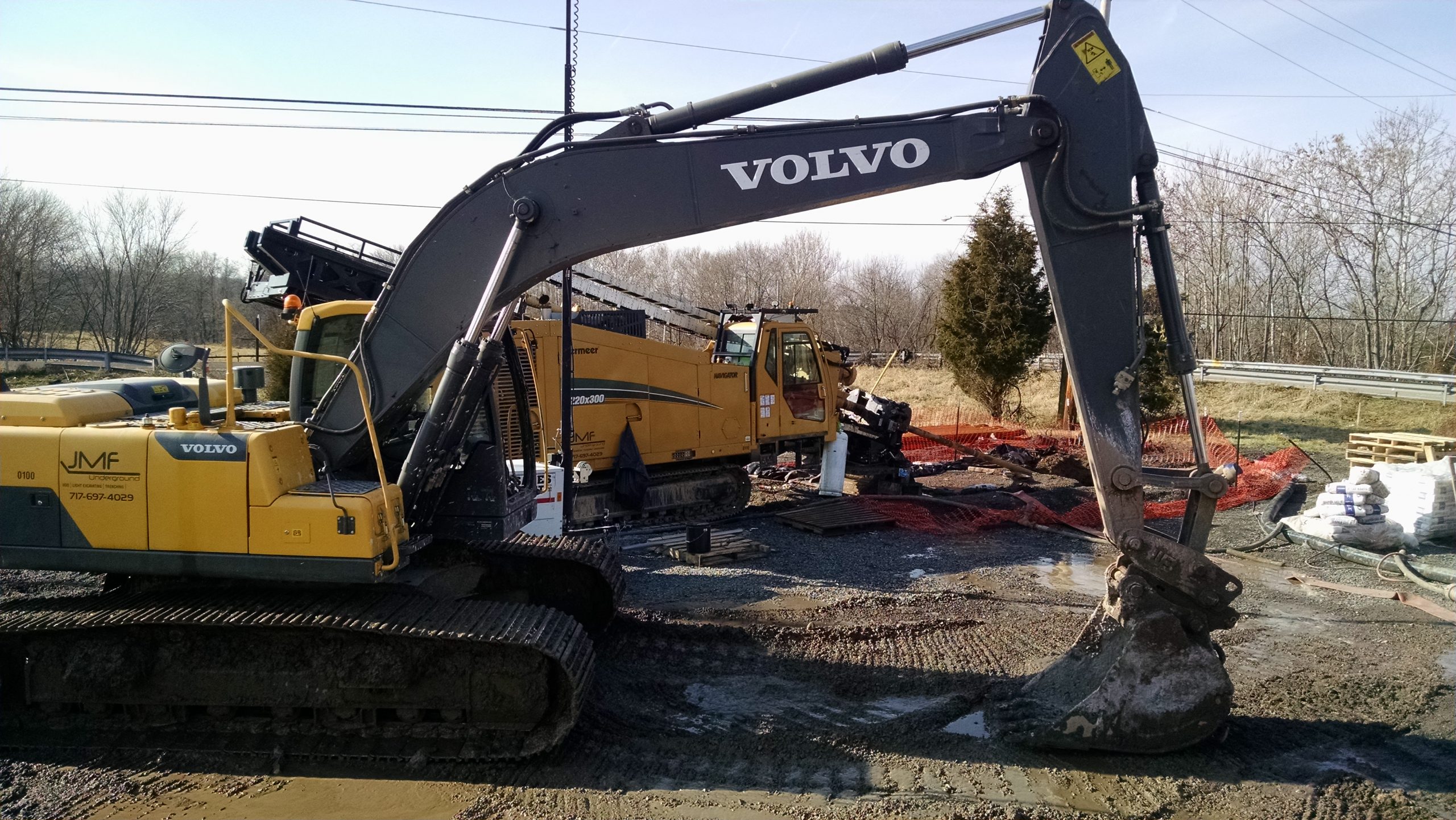 JMF worked alongside Brubacher Excavation to both design and build a 950 LF HDD bore under the Perkiomen Creek in eastern Pennsylvania. Having originally been designed as two separate bores, a modification was made to complete the work in a single bore due to site constraints. The bore passed through mainly fractured rock formations putting pressure on the mud mix and to reduce the possibility of irregular returns. Due to a tight time line on the project, JMF elected to perform a single pass ream cutting from our 9″ pilot directly to our 28″ final cut size. The final pull of 18″ HDPE was completed in a single day during normal operating hours.